Byron looked to be back on top form with two high scoring runs of 81.33 and 81.66 which included flawless back-to-back double 1260s; however, his lack of amplitude on his first hit and a missed grab on his third hit would cost him a spot in the finals.

“The level of competition was extremely high and nothing short of excellence was required to make finals,” explains Snow Sports NZ Head Coach Tom Willmott. “Byron put down a new and progressive run which could have scored in the nineties with some minor improvements in his execution and amplitude.

“Byron is absolutely gutted but it’s onwards to the next event. Byron is skiing well, is fit and strong and will look forward to the next opportunity to excel.”

For Jossi Wells, back into competition for the first time since sustaining a serious neck injury in September last year, today’s competition was about striking a balance.

“Jossi hasn’t skied much pipe since the Olympics,” explains coach Bruce Wells, “and he is carrying a knee injury sustained earlier this week.

“He has managed to train carefully and it’s the X Games so you do give it all you’ve got but today he was careful to ski well but to be mindful of not causing further injury. He’s pleased with how he skied.”

Christy Prior is the last of the New Zealanders to compete at this year’s X Games, taking on women’s snowboard slopestyle on Monday (NZT). 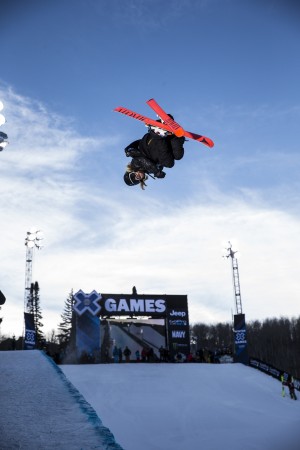