In a new format for 2016 the slopestyle event was spread across two days with the jump and rail (jib) sections split into two competitions with separate scoring. In the new two-part format, the jib section scores were added to the jump section scores to determine an overall slopestyle winner.

Jossi finished in 11th place in yesterday’s jump section which, due to early season conditions, ended up as a one jump course, essentially a Big Air competition.

“Jump day I took it kind of cruisey and just wanted to land on my feet. Today I went out guns blazing and managed to jump from 11th to fourth with the second highest score for the rails,” Jossi explains.

Snowy weather in Breckenridge didn’t stop competitors from bringing the heat on the second day of competition as the world-class field took to Dew Tour’s reimagined Slopestyle Jib section hoping to be named overall slopestyle champions.

The Slopestyle Jib section featured four jib sections, complete with a mix of rails, boxes and an up rail, gap to fence jib Toyota feature, enabling competitors to showcase their creativity and style. Athletes had three runs, with the best run score counting towards their cumulative total.

Swedish skier Henrik Harlaut kept his momentum with his top scoring day yesterday in the jump section and first ever double cork bio 1260 in competition, securing his first Dew Tour slopestyle podium in four years. With his second jibs run score of 81.33 making his total 162.65 and enough for the win. Behind Harlaut was Norwegian pro Oystein Braten, with a final total of 158.32. Third place honors went to Alex Beaulieu-Marchand of Canada, with his total score of 153.99.

Jossi set the bar high on his first attempt with a run comprising switch right 270 on, 270 off, wallride redirect stall, right 270 on. Left 270 on, 270 out, switch 450 on, 270 out. He went for a step up run on his second attempt, adding a switch 6 at the bottom, but the slightly sketchy execution meant he couldn’t improve his score. He was still holding on to the top spot until run three when Alex Beaulieu-Marchand laid down a super techy run which got the nod from the judges and a score of 87.00 bumping Jossi down to second in the jib scores and off the overall podium.

Jossi’s overall feeling of the competition was that “it went pretty well. It was a bummer to miss the podium but I’m feeling great on my skis and excited to start the season off.” 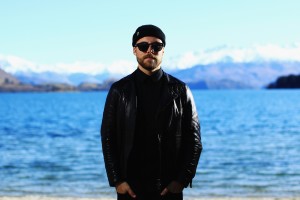