With a World Championship title and X Games gold and silver medals already in hand this season, Sadowski-Synnott is looking to add a medal from what is considered one of the most prestigious events in snowboarding.

Sadowski-Synnott earned her spot in Friday’s (Saturday NZT) finals with a clutch performance on run two after crashing her first run.

Carlos Garcia Knight was unable to land his two qualifying runs and missed the cut off for finals.

As well as showcasing progressive riding from the world’s top athletes, the Burton U.S. Open is also a chance for the top 14-and-under snowboarders to compete on the big stage. In action at yesterday’s halfpipe Junior Jam was 12-year-old Kiwi rider Campbell Melville Ives, enjoying his “taste of the real stuff” and looking to “have fun and land my run”.

Melville Ives finished in fifth place, earning his best score on his second run through the 22-foot high superpipe and was “really stoked and happy” with his result. Melville Ives is a member of the Snow Sports NZ National Development Squad and has been in the U.S for six weeks on a SSNZ training camp.

The Burton U.S Open women’s snowboard slopestyle finals are scheduled for 11am Friday local time (7am Saturday NZT) and will be broadcast live on http://events.burton.com/burton-us-open/ 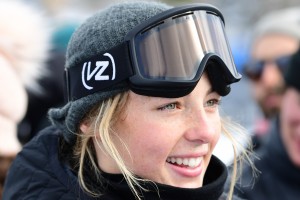