Snow Sports NZ is calling for expressions of interest from male and female university students who would be interested in competing at the World Winter University Games in Almaty, Kazakhstan from 29 January – 8 February 2017. Participants must be New Zealand citizens, hold a current and full New Zealand passport and a current FIS license.

The Universiade – an international multi-sport event which is organised for university athletes – is held under the auspices of the International University Sports Federation (FISU).

Only the following may participate as competitors in a FISU sporting event:

a)                Students who are currently officially registered as proceeding towards a degree or diploma at a university or similar institute whose status is recognised by the appropriate national academic authority of their country;

b)                Former students of the institutions mentioned in a) who have obtained their academic degree or diploma in the year preceding the event;

All competitors must satisfy the following conditions:

Entries are available in the following disciplines:

Competitors will be selected by Snow Sports NZ and University and Tertiary Sport NZ (UTSNZ). In accordance with UTSNZ guidelines consideration will only be given to athletes capable of placing within the top half of the field.

Attendance is on a full user-pays basis (i.e. flights, accommodation, entry fees, uniforms). New Zealand competitors will be managed by whoever University and Tertiary Sport NZ and Snow Sports NZ appoint as the Head of Delegation (Team Manager). Snow Sports NZ would like to hear from anyone interested in volunteering in this role.

if you would like to compete in Almaty please download, complete and return the  expression of interest form below and send your details (including the disciplines you would like to enter and a summary of your results in FIS events in 2015/16) to Adam Dooney: [email protected]  by 5:00pm on 31 August. The team will be announced on 20 September 2016.

Further information about the  28th Winter Universiade, Almaty is available at http://almaty2017.com/ 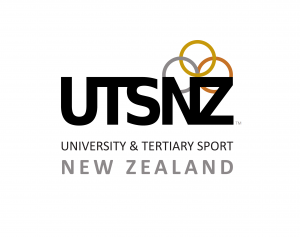