Lyndon Sheehan was the top performer amongst the Sochi hopefuls, placing seventh in his heat and 13th overall. In the men’s competition the top eight from each of two heats will progress to the final rounds.

Byron Wells, who sustained an injury at the Dew Tour in December, made a come-back to competition today, with a 10th place finish in his heat signalling that his recovery is on track.

“Byron has been building back to form with the plan to step things up at the X Games in a couple of weeks’ time ahead of Sochi in February,” explained his coach Bruce Wells.

Jossi Wells, who is focusing on qualifying a second quote spot for New Zealand in the freeski slopestyle, did not compete in the halfpipe today. Jossi is recovering from an injury to his heel and yesterday’s slopestyle competition marked only his second day back on snow for the season. He will contest the finals of the freeski slopestyle on Friday (US time).

Youngest brother Beau-James Wells, struggling to shake off a dose of flu, had a below-par performance and placed 21st in his heat.

Young Wanaka skier, Finn Bilous put together a good performance to earn himself 17th place in his heat.

Janina Kuzma put down solid runs in the women’s competition to earn a top score of 78.00 and fifth place in her heat. With the next placed skier just ahead of her with a score of 78.66 and only the top four competitors from the heat moving through to finals it was a very near miss.

Freeski halfpipe is expected to be the discipline in which New Zealand has its strongest representation at the 2014 Winter Olympic Games in Sochi, Russia. New Zealand athletes have qualified the maximum number of four quota spots in the men’s discipline and one in the women’s discipline. New Zealand Olympic Team Selection will be complete by mid-late January 2014. 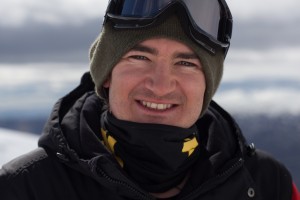