Crested Butte, Colorado (30 March 2013) - The 4 star Freeride World Tour Qualifier at Crested Butte Mountain Resort in Colorado on Saturday 30 March was the highlight of the season for New Zealand skier Neil Williman. Finishing the event in second place Williman had not one but three reasons to celebrate success. In addition to the latest podium spot, Williman’s solid performance all season has earned him a spot on the 2014 Freeride World Tour. Williman was also the winner of the coveted ‘Sick Bird’ award.

The event featured two days of 4-star competition with Williman sitting in 10th place and fellow New Zealander Sam Lee in sixth after the first day of competition. Day two of competition saw a turnaround in results with Lee dropping to 12th place and Williman leap frogging into second place after skiing the fastest run of the day and taking two huge airs that no other competitor hit. It was this run which earned Williman the Sick Bird award. Considered an honour within the big mountain freeride community, the award is granted to riders who challenge not only themselves but also the sport through their athletic performance.

“ I’m so honoured as only one is given away at each competition, for the most impressive single feature that is stomped in the two days of competition,” remarked Williman.

He wished to dedicate the award to Jim Jack, the former head judge of the Freeski World Tour, who passed away in an avalanche in Washington.

“Jim nominated me for the Sick Bird award in the first northern hemisphere World Tour Qualifier event I did, which was in Colorado in 2009. He is one of the many people that I owe this to, who have helped in every way imaginable from encouraging me to lending me money to do the competitions, and I feel blessed to be part of such a welcoming worldwide freeski family.”

This is Williman’s second podium result for the 2013 Freeride World Qualifier Tour. He won the 4-star event in Engadin, Switzerland and came sixth in Moonlight Basin, Montana. The top four male skiers on the FWQ Tour automatically qualify for the 2014 Freeride World Tour which is considered the premier big mountain freeskiing tour in the world and Williman’s result at Crested Butte means that he is now ranked within the top four. While describing finals as “one of the best days of my life” he is also humbled by his achievement.

“The only downside about it is that the guys who I have passed to get back into the top four on the rankings are my friends too… They are amazing skiers and deserve a spot on the World Tour too, so I want to give a big shout out to them and say that their time will come.” 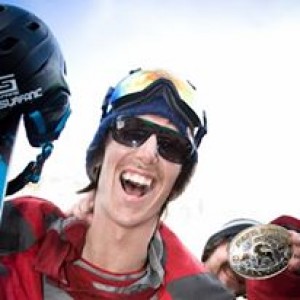