Held under the auspice of the International Ski Federation and hosted by the Whistler Ski Club, the Whistler Cup has become one of the largest and most important junior ski races on the international calendar. Over 400 athletes aged from 12-15 years, representing 26 nations will come together for three days of Super-G, Slalom and Giant Slalom ski racing.

The Whistler Cup has launched the ski careers of several World Cup champions and attracts entries from the skiing power house nations of Europe as well as North America. Austria won the teams cup in 2014 and will be back to defend their title this year.

“We are seeing some exciting young talent amongst New Zealand’s ski racers right now and the Whistler Cup will provide these athletes with a fantastic opportunity to benchmark their performances against their peers,” says Snow Sports NZ Director of Sport and Coach Development, Adam Dooney.

Michael Bushell will act as Team Manager for the New Zealand athletes.

“This will be my third visit to the Whistler cup, first as Team Manager,” he explains. “It’s a fantastic event with an Olympic-type feel to it with a nations’ parade through the village on the Friday night. The excitement in all the athletes walking in behind the New Zealand flag is amazing to see. We stay, train and race together and for some this will be the first time in this type of environment. It’s a great experience which they will treasure for a lifetime and hopefully will be a stepping stone into the world of FIS racing.”

Snow Sports NZ wishes the athletes well and we look forward to sharing news and results in due course. 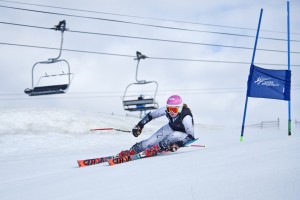