The first event in the new Snow Sports NZ Slopestyle Series took place at Snowplanet in Auckland on 2 June 2018. Skiers and snowboarders threw down on the course, impressing the judges and battling hard for the first points of the season. Check out the edit below.

47 competitors competed across the male and female U14 and Open Ski and Snowboard divisions and Snowplanet reported that it was the biggest slopestyle event they have hosted.

The competition standard was high with the start list including several athletes who will be eligible to compete at the 2018 FIS Junior Freestyle Ski & Snowboard World Championships to be held at Cardrona this season.

Mitchell Davern and Ben Harrington, the respective winners of the men’s Open Snowboard and Freeski divisions, were stand out performers, both demonstrating excellent trick variety and technical rails.

Eight-year-old ski buddies Olivia Hein and Michaela Bridgens were the youngest competitors in the field and impressed the judges with a fearless approach to the course, both hitting the big jump, and Olivia landing on the podium in third place with tidy box slides, switch landings and a stomped 180.

Snow Sports NZ Park, Pipe and Freeride Manager Luke Hetzel says it is exciting to have the new series up and running because it comprises the entire slopestyle competition pathway from grassroots through to national development level. It also gives athletes the chance to stand out through a series of events rather than just one or two competition results.

Points and series rankings are now available via www.freestyle.snowsports.co.nz. National and South Island rankings will go live after the next event: the U14 Park Attack at Cardrona on 11 July.

Congratulations to the winners of the Snowplanet event:

For more info on the Snow Sports NZ Slopestyle Series head to: www.freestyle.snowsports.co.nz 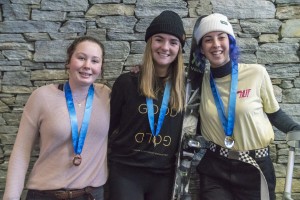