Kiwi freeskier Ben Harrington (Wānaka, age 20) has finished in 7th place at the Snow Rodeo Freeski Halfpipe World Cup in Calgary this afternoon. This is both a career best result for Ben and his first time qualifying for a World Cup final.

“That was the most incredible feeling. It was my big goal to make finals at this event and to stand at the top with my heroes and idols – that was huge” - Ben Harrington.

Conditions have been challenging in Calgary during this World Cup - a polar vortex has been sweeping across Western Canada since the event started with extreme cold weather warnings issued. Temperatures have reached as low as -25 degrees celsius during training for the athletes.

By early evening in Calgary today it had warmed up to a relatively balmy -2 degrees celsius, but the wind had picked up significantly adding an extra challenge for the athletes in the 22-foot Olympic halfpipe.

Ben didn't let the wind get to him and made the most of the situation at hand. He put down a solid first run to nail the first landed run score on the board for the men this afternoon, he was visibly stoked to land his first finals run. With a crash on his second run, he knew he had to leave it all in the pipe on his third and final run.

Ben looked focus as he skated towards the drop in, generating as much speed as possible. He stomped his third run with an improved level of execution to increase his score to a 77.00.

When asked about how it felt to come 7th, he explained, “I didn’t realise for a second, it was pretty insane to get 7th amongst these incredible skiers”.

Brendan Mackay (CAN) mirrored his incredible performance from two nights earlier and took the win once again. Alex Ferreira (USA) found himself in the silver medal position with Brendan’s teammate Noah Bowman (CAN) rounding out the podium in third.

It was a big event for the Kiwi’s, with six other athletes competed in Calgary this weekend, all chasing selection to the Beijing 2022 NZ Winter Olympic Team.

Tiarn Collins (Queenstown, age 22) qualified through to finals 4th in his heat but was unable to land a clean run in the finals, finishing up in 15th overall. Cool Wakushima (Queenstown, age 19) finished in 10th place, just two spots off finals and Dane Menzies (16) competed in his first World Cup of his career, finishing in a respectable 20th place. 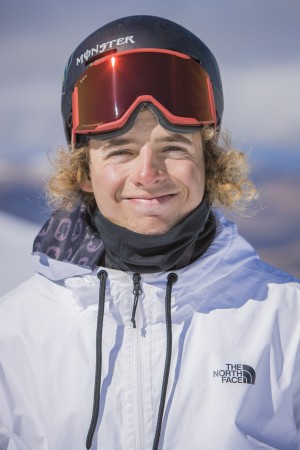