Alice jumped from fifth place after her first run, laying down a blistering second run which saw her snatch the win from The Netherlands’ Adriana Jelinkova by 0.08s.

Alice’s 8.70 FIS point result today is the best a New Zealand athlete has achieved in their first year of senior competition. It is on par with some of the sport’s most successful athletes such as US racer Mikaela Shiffrin, at the same age.

Having finished in sixth place yesterday Alice said, “I was feeling super excited for the races and I was focusing on building off yesterday and just skiing as best as I could. I think fifth after first run is a great spot to attack for the second run so I was feeling pretty pumped for the second run and just executed the plan. I’m super stoked on the result, it’s a great way to end this past six-week (training and racing) block and another step forward.”

Having positioned herself as one of the world’s best skiers in the junior age groups with wins in top-level youth events in Europe and the USA, Alice began competing in senior competition during the 2017 New Zealand season and earned the New Zealand national titles for Giant Slalom and Slalom as well as the overall National Championship title. She claimed the Snow Sports NZ’s 2017 Breakthrough Season Award. 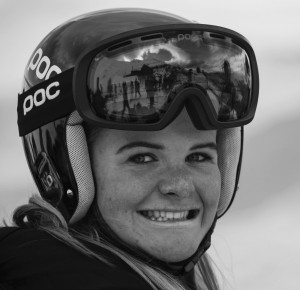