Trentino, Italy (13 December 2013) - Four New Zealand students will be competing at the 2013 Winter World University Games in Trentino, Italy from 11 - 21 December. Two of the Kiwis, George Beattie and Hannah Orchard, have already begun competition and shortly will be joined by team mates Natalie Good and Chelsea Wallace. In yesterday's racing Hannah made it through to the semi finals for the women's snowboard cross. She is pictured below (on left) in the start gates and up against current World Cup leader, Czech rider Eve Samkova.  Hannah raced well and finished in seventh place. 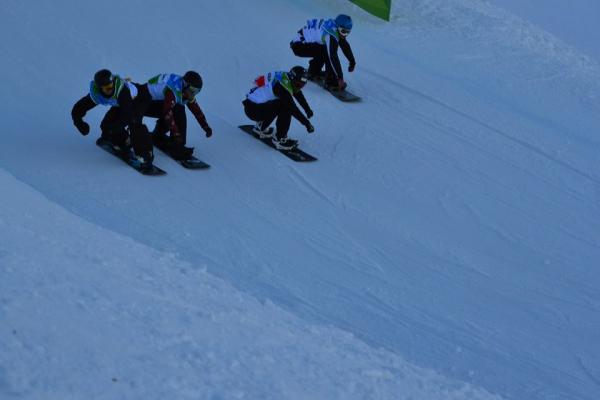 George is pictured below (far left) at the start of his knockout race, his first major SBX competition. George began the event ranked 30th and finished in 28th position. 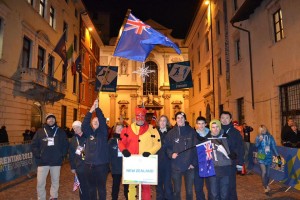