Three Kiwis on the Podium at FWQ Les Arcs

With a fresh dump of snow two days before the competition the venue was set for hard charging action and the Kiwi crew made the most of it.

“I skied one of the most fun runs of my life with a bunch of big drops and the first backflip I have sent in a comp,” explains Sam. “I placed second with a score of 88 and that included hip checking the snow after landing on rocks, which would have cost me a fair amount of points.

“It feels pretty awesome to nail a podium this early in the season, and although it feels weird, I am stoked to be able to score so highly even with a mistake.” 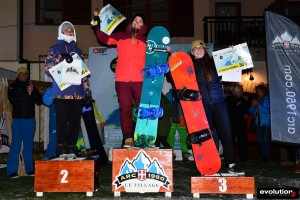