Tignes, France (11 March 2015) - The stage is set for an exciting final of the 2015 FIS Freestyle World Cup Halfpipe Tour in Tignes, France with the two female frontrunners qualifying in first and second place.

In the first run of qualifying New Zealand's Janina Kuzma landed a new run combination aiming to maximize her amplitude and it paid off scoring 85.6 points.  Sitting in second behind Ayana Onazuka of Japan after first runs it was clear that a step-up run was in order to prepare for finals and challenge for the top spot.

Janina has been working on a left 900 to up the difficulty of her run and it was time to let loose.  Although not skiing away from the 900 in her second qualifying run, her first run held onto second place and she has one more night training session to perfect the move.

Night finals on Thursday will provide the ideal arena for a world-class showdown. 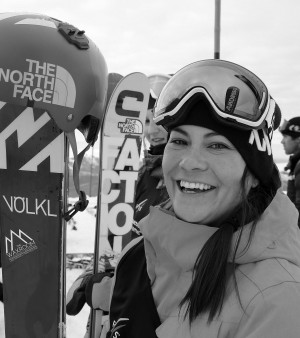