Saturday saw the skiers and snowboarders race down the Giant Slalom (GS) course on Goldrush and compete in the international halfpipe.

The female ski GS was convincingly won by Eliza Grigg of St Andrews, Christchurch, in a time of 97.60, the overall fastest time of the day. Emile Coote, Mt Aspiring College took out the Ski Boys, along with schoolmate Corah Phillips winning the girls snowboard, and snowboard boys won by Freeman Andrews.

The smaller 18ft International halfpipe was an ideal venue for Halfpipe Jam event, which was in a judged Jam session format, with riders showing the best tricks down the length of the pipe. Though many of the competitors had not competed in the halfpipe before, this proved to be a huge success with the students.

The South Island Secondary Schools Champs is an inter-schools team competition for secondary schools throughout the South Island that have qualified from their regional champs.  Each school is eligible to enter a boys, girls or mixed gender team of snowboarders and skiers. The School Team’s Titles are awarded on the ski GS combined times for the skiers and single snowboard-cross time for the snowboard teams.

A New Zealand Secondary Schools Sports Council event, it continues to flourish with the enthusiastic effort given to it by Cardrona Alpine Resort and their event crew. It is an important part of the development of the sport, leading up to the Junior Freeski and Snowboard Nationals two weeks later. 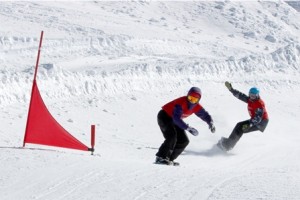