Sochi, Russia- (24 February 2014 ) – As the symbolic Olympic torch that has burned for 17 days in the Black Sea resort town of Sochi is extinguished this morning (NZT), the New Zealand Olympic Team wraps up a strong campaign that has delivered 11 top 16 finishes, including four top eight Olympic Diplomas.

The Sochi 2014 Olympic Team was dominated by athletes competing in adrenaline-filled sports that were featuring on the Olympic programme for the first time.

Closing Ceremony flag bearer Jossi Wells said he was proud to have led the team in a celebration of the Olympic Games and the achievements of the team in Russia.

While higher-ranked Byron Wells had been forced to withdraw prior from the halfpipe through injury, Lyndon Sheehan also finished within the top ten in the halfpipe event.
In speed skating Shane Dobbin executed his race plan to finish seventh with an Olympic Diploma in a sport dominated by the Netherlands and skeleton racer Katharine Eustace was delighted with an 11th place, having steadily improved on her performances throughout the qualification season.

CEO Kereyn Smith said the results are a step in the right direction and mark a significant improvement over Vancouver 2010 where the best result was 11th.

“Our athletes performed credibly in the new and risky Olympic sports, with the majority of athletes finishing in the top 16, the performance level set for our summer Olympic team. While we all would have liked a podium finish, the results were a significant step up from past Olympic Winter Games.

“We had raised the selection standard and the athletes had stepped up accordingly.”
There were no top eight performances at Vancouver and just four top 16 results.

While pleased with performance, Smith nonetheless acknowledged there had been some disappointments.

“We know Rebecca Sinclair in snowboard halfpipe and Jossi Wells in freeski slopestyle were targeting markedly better performances in those disciplines. Injury also affected results with Christy Prior and Byron withdrawing with training injuries close to their events.”

“As is the case after every Olympic Games, we’ll work with High Performance Sport New Zealand (HPSNZ), the Winter Performance programme and NSOs on a thorough review of the planning, processes and performance of the Olympic team.”

HPSNZ Chief Executive Alex Baumann said the post-Games review would take in the results in Sochi, the potential for the future and the needs of those in the programme.

"Our winter programme is still maturing but we have a number of talented athletes and coaches in that programme. The performances in Sochi provide a confidence boost for the future.

“While we did not reach our target of a medal, we were very close with Jossi’s fourth place in the half-pipe. To see the names of three Kiwis in the top 10 in that event was a moment to savour.

“It was disappointing that some athletes were injured and either unable to compete or compete to their best ability. This was most disappointing for the athletes themselves, as they did not get the chance to prove what they could do at the Games. Overall though the New Zealand team did perform well and we’re very pleased to see the improvement on Vancouver.”

Smith added that the Sochi 2014 Olympic Winter Games were of a very high standard, praising both the Russian organisers of the Olympic Games and the New Zealand Olympic Team performance and planning team, led by Chef de Mission Pete Wardell.

“Logistics and operations within the team were delivered to a very high standard, freeing up athletes and coaches to focus on what they needed to do. The team environment and was also outstanding.

“The Russian organisers delivered a wonderful games.  Competition, venues, transport, security and accommodation were fantastic for the athletes, and our planning and preparation meant we were in a strong position to benefit from it. The local people were warm and welcoming.” 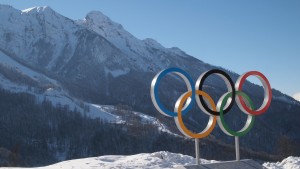