Snowboarding makes its Winter Paralympic debut in Sochi tonight and New Zealand's Carl Murphy will be in the hunt for a medal. Watch him live on atttitudelive.com/paralympics from 6.30 NZT tonight (Friday). Carl is in bib number 25 and 13th to start.

Following right on from the snowboarding will be the men's Super-G as the final leg of the Super-Combined. Adam Hall currently sits in fourth but yesterday had his medal hopes in the Slalom shattered by an untimely stomach complaint. Can he make a come back tonight? Adam is in bib 56 and 12th to start in men's standing.

Corey Peters has also been punching well above his weight at his first Paralympic Games. What does he have in store for us tonight? Look out for Corey in the men's sitting class in bib 84 and 5th to start. 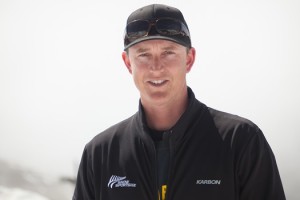