The Snow Sports NZ Annual Awards Night were held at the Lake Wanaka Centre this evening. Alpine Ski Racer Alice Robinson (Queenstown) was awarded the title of Overall Athlete of the Year.

It has been another hugely successful year for Snow Sports NZ, albeit slightly shorter than previous years due to Covid-19 cutting the Northern season short.

Alice made history on the 26th of October 2019, when she won the FIS World Cup Giant Slalom race in Soelden, becoming the first skier born in this century to win an Alpine Ski World Cup race and New Zealand’s only Alpine World Cup gold medal since 1997. She carried the momentum from this win through her season and had a following three top ten finishes before landing on top of the podium once again at the Kranjska Gora World Cup Giant Slalom in February this year. Alice is racing next Saturday night in Soelden to open her 2021 Season. 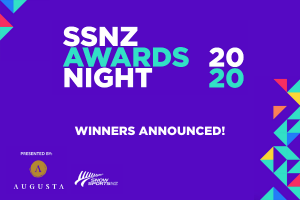