Adaptive snowboard cross athlete Carl Murphy continues to dominate on the international stage. He is currently ranked number one in the world by the International Paralympic Committee for men’s Snowboard Cross.

Carl is a below the knee amputee and was born with only one and a half legs. However, this hasn't stopped him from getting up on a snowboard and competing at an international level.

With the help of a custom designed carbon fibre prosthetic leg Carl rides his board in the same setup as a ‘two-legger’.

He is the first adaptive snowboarder to be named to the NZ Snowboard National Team and has been a member of the team since 2009.

It’s an exciting time for Carl as Snowboarder Cross will be included in the Winter Paralympic Games programme for the first time in 2014. 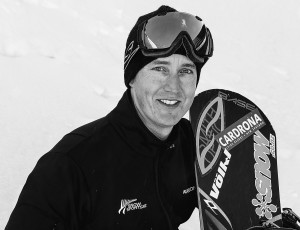