Lake Wanaka, New Zealand (18 November 2016) – A new generation of talented young ski racers is set to compete at top level international events this season with a squad of 10 athletes in the Under-14 and Under-16 age categories selected to represent New Zealand at International Ski Federation (FIS) Youth races in Europe and North America in early 2017.

Snow Sports NZ is pleased to announce the selection of the following athletes:

Athletes were invited to apply to compete at FIS Youth events and the team was selected by the Snow Sports NZ Alpine Selection Committee on the basis of their outstanding results over the past 12 months.

Members of the team will compete at the following races:

“These events typically attract strong international fields and provide New Zealand athletes with a good indicator of where they are at performance-wise before they move up to compete in the open field at FIS events,” says Snow Sports NZ Alpine Manager Hannah Hazeldine. “We have a very strong team and we’re excited to see what they can achieve this season.”

The baton has now been passed and the 2017 team is excited to take up the challenge.

“I am very privileged to be selected into the NZ youth team for ski racing,” says Anabella Eady. “I have wanted to compete in lots of these races since the beginning, my older brother Toby competed in Topolino in 2011 and I was there to watch him. This inspired me to want to compete here and be just like him. I am so happy to be selected into this team and I can't wait for the overseas season.”

Keir Roberts is already in Italy and working hard on his skiing. “I am very grateful to be selected to compete and I would just like to do my best,” he says.

“I’m stoked to have been selected to compete for New Zealand at these international Youth FIS races” says Alex Hull. “It’s super exciting to be competing against the best U16s in Europe before heading into FIS open age group next year. Strength and conditioning is the key focus at the moment (as well as my NCEA exams) in preparation for this campaign.”

Calder Bain will spend his season training with Aspen Valley Ski Club and says he is “excited at the chance to finish my Northern Hemisphere winter racing at Whistler Cup. It will be a huge motivation for the season."

Snow Sports NZ wishes the athletes well and we look forward to sharing news and results in due course. 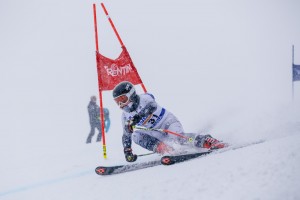