Cardrona Alpine Resort and Snow Sports NZ have a long-standing partnership in Adaptive snowsports with the NZ Adaptive Team of Adam Hall, Carl Murphy and Corey Peters having trained at the resort for many seasons.

“It’s a great way to formalise a relationship that we have had for many years with adaptive athletes and we are delighted to align our brand with such an inspiring group of people.”

"Both organisations recognise the importance of competitive snow sports not only for the New Zealand snow sports industry, but for showcasing Cardrona, New Zealand and New Zealand’s most talented athletes on the World Stage." 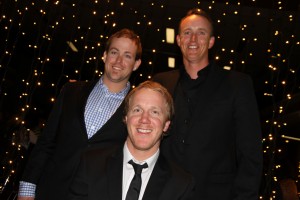