Seong-Beom Park of Korea has climbed the rankings over three days of racing, concluding with a well-deserved gold medal today as he crossed the line in 0:27:55. Andy Pohl, general manager at Snow Farm NZ, clocked in just 11 seconds behind on his home course with Yong-Jin Cho of Korea taking bronze in 0:28:10.

Park felt confident going in to today’s event: “It was tough racing with the Kiwi hot on my heels throughout the race but I kept pushing. Coming up the final hill was really tough and it was a great feeling crossing the line.”

Pohl was fired up for action today, after just missing out on the podium in yesterday’s Mass Start Classic.

“It was a hard course with lots of uphill and not much chance to rest. The Koreans put the pressure on all the way, they are good middle-distance racers,” he said.

Thrilled with her win today, Jezersek was grateful to the cheering supporters: “I was really relaxed today and had a great ski, the supportive crowd really gave me a boost. My skis and the course felt fast, it was a great race and I look forward to coming back to the Snow Farm next year.” 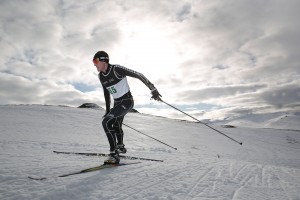