"I couldn’t be happier starting my World Champs off with a 12th place in the GS Parallel finals! It was my first time racing this discipline as I had to miss the Lech World Cup earlier in the season so to qualify 7th in my course in the morning and move on to the finals was a really great feeling!"

Hudson qualified through to the 1/8 Finals with a 7th place result in her heat, an achievement in itself with only 16 women (8 from each heat) qualifying. Hudson raced head-to-head Tina Robnik (SLO) in the 1/8 finals but was +0.62 seconds behind her and did not advance to the quarter finals.

Tonight was the first time that Hudson has raced this discipline, “I couldn’t be happier [with my result], it was exactly how I wanted to start my World Champs!”

Marta Bassino (ITA) continued her incredible season and tied for the gold medal with Katharina Liensberger (AUT) in the incredibly tight race. Tessa Worley (FRA) rounded out the podium in the bronze medal position.

Up next for the Kiwi team at the Alpine World Championships is the women’s Giant Slalom tonight (Thursday) at 10pm NZT with Alice Robinson and Piera Hudson in the start gate. 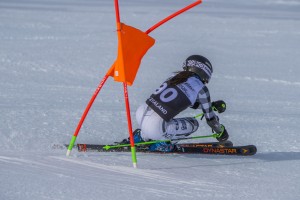