Welcome to Snow Sports NZ / News / Paralympic Winter Games: Who, How, Where to Watch

Paralympic Winter Games: Who, How, Where to Watch

Sochi Paralympic Games: Who, How, Where to Watch

Today, Friday 28 February, marks one week until the opening ceremony of the Sochi 2014 Paralympic Winter Games.

When to Watch
The games will take place from 7-16 March and New Zealand will be represented by three athletes: skiers Adam Hall and Corey Peters and snowboarder Carl Murphy.
Click here to view or download a copy of our athletes’ competition schedule

Who to Watch
Adam Hall: Competitive disciplines:  Standing Ski - Slalom, Super-G, Super Combined
Adam has twice represented New Zealand at the Paralympic Winter Games - in Italy and Canada - taking the gold medal in standing slalom at the 2010 Vancouver Winter Paralympics. He is one hundred percent focused on defending his title in 2014.
Click here for Adam's video profile

Corey Peters: Competitive disciplines: Sit-Ski - Slalom, Super-G, Giant Slalom.
This will be the first Paralympic Games for Corey who only took up sit-skiing three years ago. Following a motocross accident in 2009 which left him paralysed, Corey has made a remarkable comeback to competitive sport. The 2014 games will allow this up-and-coming skier to test himself against the world’s best.
Click here for Corey's video profile

Carl Murphy: Competitive discipline: Snowboard Cross
With para-snowboarding events included in the Paralympic programme for the first time in 2014 Carl Murphy will have his first taste of this pinnacle event. Carl finished the 2013 season ranked number one in the world and is gunning for a podium spot at the Sochi games.
Click here for Carl's video profile

Where to Watch
Attitude Pictures will present New Zealand audiences with 44 hours of free coverage, livestreaming and highlights packages from Sochi 2014, as well as documentaries on competing athletes, via its innovative new web platform attitudelive.com. The Paralympic page will go live on Monday 3 March.

TVNZ will be the free-to-air broadcast partner providing news, highlight packages and OnDemand content for the duration of the Sochi Games. A feature on Adam Hall will be broadcast on TVOne this Sunday 2 March at 8.40am.

How to Follow
Get the latest news updates pushed to your phone by downloading the Snow Sports NZ App for iOS and Android.

News updates will be posted on the Snow Sports NZ website: www.snowsports.co.nz

How to Support
Get behind New Zealand’s Winter Paralympians by sending your messages of support to nzteam@paralympics.org.nz. Your messages will be passed on to the team in Sochi. 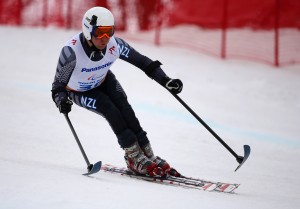