One year to the Beijing 2022 Olympic Winter Games!

Our Kiwi winter athletes are ramping up their Olympic campaigns with today, the fourth of February, marking one year to the Beijing Winter Olympic Games.

The New Zealand Team for Beijing 2022 will be made up of up to 20 athletes, with those vying for spots including the likes of Nico Porteous, Zoi Sadowski-Synnott and Alice Robinson.

Porteous and Sadowski-Synnott are in particularly strong form, claiming a gold (Porteous, Superpipe), and a silver and bronze medal (Sadowski-Synnott, Slopestyle, Big Air) at the prestigious X Games on the weekend. The pair made history at PyeongChang 2018, winning New Zealand’s first Winter Olympic medals in 26 years.

Post his X Games gold medal Nico explained that "As of right now I'm feeling really good, I'm on cloud nine, just came off the best day of my life pretty much but I've just got to keep my head down and keep working. My next year of preparation looks very similar to what I am currently doing, training and focusing on being the best skier I can be."

The New Zealand Team for Beijing 2022 will be led by Chef de Mission Marty Toomey. “We’ve got a lot of really talented snow sports athletes competing across the alpine and freestyle disciplines and we also have some exciting ice athletes working towards qualification so we’re expecting a diverse and solid team,” said Toomey.

The Games are being held in February 2022 and Toomey has high expectations of both the Games environment and the New Zealand Team.

“We were on a site visit in 2019 and the venues were almost ready to go so we’re looking forward to fantastic facilities come Games time. We want every athlete to go and do as well as they can. If we do that it’ll mean some pretty good results which will include some medals. The aim is to build on what we achieved in PyeongChang and grow winter sports in New Zealand.”

The Games will be held across three villages, with Beijing hosting ice sports and big air, Yanqing hosting alpine and sliding, and Zhangjiakou hosting park, pipe, cross country and biathlon.

The Beijing 2022 Olympic Winter Games will run from 4-22 February 2022, featuring around 2800 athletes competing across 15 disciplines in 109 medal events. 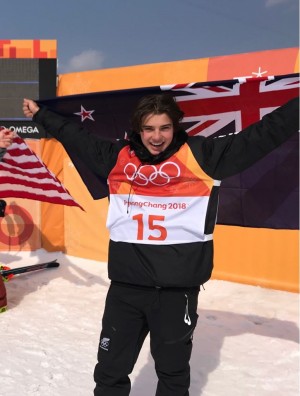