Zoi Sadowski-Synnott’s bronze medal has been followed up by bronze from Nico Porteous in the men’s freeski halfpipe.

The 16 year old from Christchurch says he left everything on the mountain in his second run.

"That was every trick I’ve ever worked for for the last four years, I really had nothing left and I couldn’t have done a better run"

"I’m so proud to be a Kiwi right now and to have the flag around my shoulders is just incredible. Age is not a big factor, I just see myself as a freestyle skier and I just have to work hard."

Porteous admitted he was so nervous before competition that he was physically sick.

"I vomited because of nerves today. That was pretty scary for me but Zoi winning a medal put a smile on my face and it was a big inspiration."

New Zealand Olympic Committee CEO Kereyn Smith said she was over the moon for both Porteous and Sadowski-Synnott.

“We’re really made a mark in Olympic Winter sport today and we couldn’t be more pleased for the athletes, coaches and support staff who have worked so hard to achieve these great results.”

“It’s also exceptionally exciting to see New Zealand’s young athletes in this outstanding position and to see the joy on Nico’s face when he realised his score is a moment that we’ll share as a nation.”

“The Olympic Games are the hardest of all sporting environments and park and pipe snow sports, in particular, are incredibly exciting, challenging and risky.

“Having two sixteen-year-old medallists today is so inspirational for young people.

“I would personally like to congratulate Nico, his support team and family today.

"I also thank Chef de Mission Pete Wardell for his stewardship of the Olympic team in PyeongChang."

The team also extended its thoughts to Byron Wells who suffered a knee injury in training just prior to the men’s halfpipe final today and was unable to start the event.

“We know how devastating this will be for him, particularly after his strong performance in the qualifiers,” said Smith. 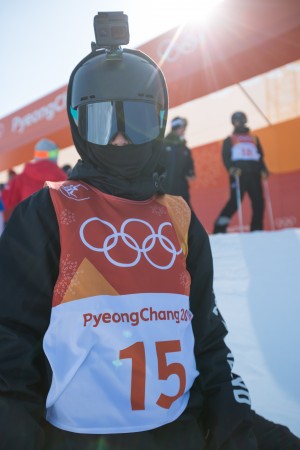