The New Zealand Olympic Winter Games Team is set for the Village Flag Raising Ceremony in PyeongChang today, Tuesday 6 February. With today marking Waitangi Day in New Zealand it is timely that the New Zealand national anthem will be played and the New Zealand flag raised in recognition of our place in the games.

Eight athletes – representing the disciplines of snowboard, speed skating and skeleton – have settled into the village so far, where Chef de Mission Peter Wardell says, “other than the usual small teething problems it’s been great and the accommodation is fantastic.”

An attempt to mop the stairwells saw them turn into an icy skating rink in the minus 22-degree temperatures outside but with the housekeeping issues now resolved the athletes and support staff can enjoy their own small slice of NZ in South Korea.

The freeski and snowboard slopestyle athletes will enjoy a particularly creative course which Ashley describes as “like a sculpture park” with a variety of different features on which to showcase tricks. The cold temperatures have provided good snow conditions for building the impressive course.

The park and pipe team come into the games off the back off successful northern and southern hemisphere seasons in which the athletes demonstrated podium-potential in world cups and world championships. However, Ashley acknowledges that the team has also suffered some disappointment with seasoned pros such as freeskier Jossi Wells sidelined by injury.

“The challenge of these disciplines is that to get where they need to go the athletes are pushing the very limits of what they can do and what the sport is looking to do,” explains Ashley. “The course features are getting bigger and bigger to allow bigger tricks and the consequence is bigger injuries. We’re seeing that not just in our team but across the sport and all other nations as well.”

Ashley says the challenge for the young athletes will be to take a leap from consistently making the cut to finals to finishing on the podium.

“Our benchmark is a medal. We’re excited and the athletes are up for the challenge.” 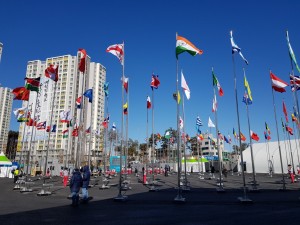