It was 15-year-old Zoi’s World Cup debut in this discipline, and the fourth time this season that 17-year-old Tiarn has qualified for World Cup finals.

With just over one year to go until the Olympic Winter Games in PyeongChang, Korea and qualifying points on everyone’s agenda, Mammoth Mountain, has attracted a stacked field of riders.

“I had two really good days of practice so I was feeling confident about getting my run down today,” says Zoi.

With moderate tail winds adding to the challenge of the day, Zoi made a tactical run choice, sticking to familiar tricks and opting for strong execution. The course included seven features with rails to start and three jumps to finish and competitors had two runs to earn their top marks.

Zoi crashed on her first run after an under-rotation of her backside 540 on the first jump caused her to lose speed. However, on her second attempt she was able to put together a smooth flowing run with clean trick execution top to bottom.

Tiarn also finished third in his heat, fifth on overall points and will compete in a sixteen-man final. Tiarn landed his top scoring run on his second attempt after falling on his final jump of run one. He explains:

“On my first run I landed everything perfectly up until the last jump where I did a back double cork 12 and only just slipped out on the landing. So I was feeling pretty nervous for my second run.”

Keeping it technical but scaling back his final trick to a backside 1080, Tiarn landed his second run cleanly for third place.

Finals are scheduled for Friday 2 February US time but with storms in the forecast postponement is likely and organisers have until Sunday to run the competition. 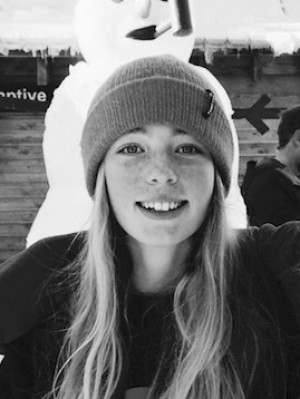