Trofeu Borrufa is an international junior ski competition for children in U14 and U16 age categories, which is held annually in Andorra. Each year approximately 30 countries compete in this prestigious racing event. Each participating country can field a team of up to 10 racers. Andorra, as host nation and neighbouring Spain and France are allowed to send two teams. Disciplines include: Slalom (SL), Giant Slalom (GS), Super G (SG) and Alpine combined (AC).

The New Zealand team as a whole finished fifth overall from 38 teams and put together strong individual performances throughout the four days, each posting a top 30 result.

Ben's younger sister Kate found her form on day two in the U16 women’s GS, skiing into fifth place after the first run and then attacking her second run with style to finish in third place.

Blake Hartley was no stranger to the podium either, chalking up third in Slalom, second in Super G and second in Alpine Combined in U14 men’s category. 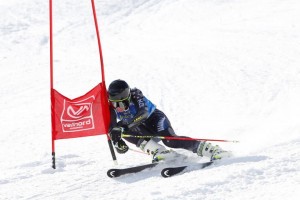