Fourth in Thursday’s qualifying rounds, Nico nonetheless came into today’s finals competition as the man to beat, with arguably the most progressive run in men’s freeski halfpipe at the moment. Competing at X Games Aspen in the very same halfpipe six weeks ago, Nico won the gold medal with a new trick combination of back-to-back left and right 1620s. He is the only athlete ever to land this in competition.

With 10 men in the final and three runs to earn the top score, the question was when would Nico choose to play his hand. The answer was, straight out of the gate. Nico boosted out of the start in run one, went for the back-to-back 16s, landed clean and skied away with a score of 94.5.

There was no time to relax, however, even with crashes from big guns like Utah 2019 silver medallist Kevin Rolland and Olympic gold medallist David Wise (USA). Wise famously came back from crashes on his first two runs to claim gold on his third run at the 2018 PyeongChang Games.

Nico knew he would need to keep pushing if he was to hold on the top spot and his tactic was to increase the rotation on his very last trick from a 900 to 1080. Run two didn’t quite come together but he got there on run three, landing the trick but losing points for putting his hands down. In the end, it made no odds.

Canada’s Simon D’Artois landed an impressive run including five double corks earning him a score of 91.25; enough for the silver medal but not enough to unseat the young Kiwi. Birk Irving (USA) finished in the bronze medal position on 89.75 points.

“I went through a crazy high at X Games with the result there and then two days later I broke my foot and went through a low period, stuck at home for a month,” Nico explained after the competition. “First day of (World Champs) training was my first day back in the pipe and my foot was feeling good. I’m just absolutely stoked, this pipe has been so good to me.”

Competition continues for the NZ team tomorrow with Finn Bilous competing in the finals of the Freeski Slopestyle having qualified in fourth place on Friday NZT. 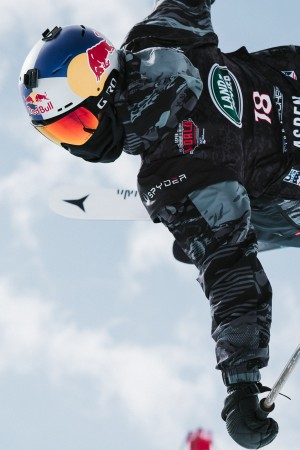