Ashley Light replaces Chef de Mission Jon Turnbull who has recently accepted a new role with the NSW Institute of Sport in Sydney and commences in October 2013.

Jon has played an instrumental role over the past 5 years and was pivitol in supporting the success of the New Zealand team at the Vancouver 2010 Paralympic Games including the Gold medal winning performance of Adam Hall.

Ashley is currently the High Performance Director at Snow Sports NZ and as such, is an outstanding candidate for this role. He has represented New Zealand at the Athens 2004 Paralympic Games, providing support to the Gold Medal winning Wheel Blacks team. Within his role as Performance Director at Snow Sports New Zealand he has an extensive knowledge of the Para-Sport High Performance Programme. With nearly 150 days to go until the Games he will be tasked with continuing to drive the New Zealand campaign to success at the Sochi 2014 Paralympic Games.

Fiona Allan (Paralympic New Zealand, CEO) says, “The task of producing high performing athletes in Para-Sport continues to become increasingly challenging with Paralympics New Zealand charged to deliver 2 gold medals at the Sochi 2014 Paralympic Games,” she continues, “and the Chef de Mission will play a vital role in supporting the team to achieve this goal. Ashley will build on the great foundations already  put in place by Jon and will create and lead a high performance team environment which is inspirational and provides the opportunity for all athletes to thrive and succeed.” 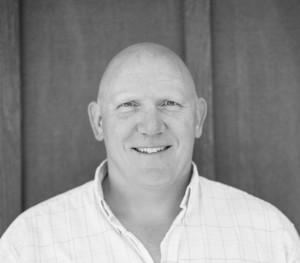