Racing at the FIS Masters Cup in Pec Pod Snezcou in the Czech Rebublic on the 15th and 16th March, Walter earned two second place finishes in the GS.

“The weather was not friendly this time,” reports Walter. “We had snowfall, rain afterwards and very strong winds. Therefore the slalom was replaced by another GS. I was pleased with the result as I ended up twice on the podium in second place.”

Walter will now travel to Goestling in Austria for the Masters World Championship this weekend. He will compete in four different events and hopes that snow conditions are good despite current warm temperatures in Europe. 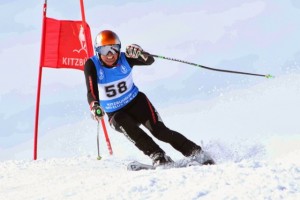