Wanaka athlete Louis Jones is enjoying a strong season of training and competing in biathlons in Europe. He recently earned a credible 36th placing in an Alpen Cup race in Italy.

“It was an awesome result for me considering there are competitors from all the European countries there.”

Louis has been training and racing with the Australian national team and former New Zealand team coach Luca Bormolini who now works with them. The team has been based in Livigno, Italy for the majority of the time with the occasional weekend trip to races.

In his first couple of weeks of the season Louis competed in the Junior International Biathlon Union (IBU) cup races, one of the sport’s biggest youth competitions.

“I got so much experience and it was awesome to see myself on TV and have a professional team around me,” says Louis.

The highlight of the season so far for Louis was being selected to represent New Zealand at the IBU Junior World Championships which will take place in Osrblie, Slovakia in late February.

“It's been a goal of mine for a long time now and I'm so pumped that I've finally pulled through on it!” says Louis.

“I'll be attending an Australian Biathlon Association camp from the 8th of February in Antholz, Italy and will travel more or less straight to Slovakia to compete alongside the world’s best. I'll be at the Junior Worlds with the Australian team supporting me in the way of waxing and coaching and such. Unfortunately, the sport isn't quite big enough in New Zealand to send our own team. A big thanks to my parents and sponsor Rossignol for helping me get there.” 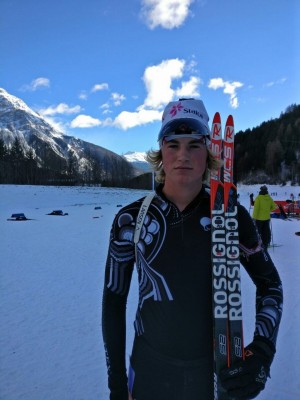