The awards were based on the 2014 sporting year, and it was a stellar one for Janina, who proved herself to be an athlete of many talents with top results across both the Halfpipe and Big Mountain disciplines. Janina placed fifth in Halfpipe at the Sochi Olympic Winter Games.

Off the back of her 2014 results Janina was invited to compete, for her fifth time, in the world’s most prestigious freeride competition, the Freeride World Tour. Her performance in 2014 also paved the way to a 2015 X Games invite, an honour only bestowed upon the world’s top eight female freeskiers.

Snow Sports NZ would like to congratulate all nominees and to thank Sport Otago and House of Travel for this opportunity to celebrate the achievements of Central Otago’s very talented athletes. 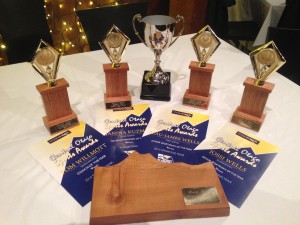