Hafjell, Norway (11 March 2017) – NZ freeskier Jackson Wells (Wanaka) has landed a bronze medal on debut at the X Games, one of the most prestigious events on the international freeski competition circuit.

Wells was the top scoring competitor in the qualifying heats for the Big Air event held in Hafjell, Norway on Friday (10 March) and came in to tonight’s 8-man final all guns blazing.

In a unique format, the X-Games Big Air final is run against the clock with competitors given 23 minutes to complete as many laps of the jump as possible. With 13 seconds left on the clock, first competitor to drop, the USA’s Bobby Brown, made the call to take the field into a fifth round, a decision which would prove fortuitous for the Kiwi but would see Brown drop out of a medal spot.

The combined total of a competitor’s top two scores from two different tricks is used to determine final placings.

Jackson Wells landed a switch triple 12 on his first run and a forward triple 12 on the second for a solid score but only enough for fifth place at that stage. A crash on his third run gave him a shake up and by then the pressure was really on. Run four and Wells had had a chance to refocus enough to up his score with a cleaner triple 12 but was still outside of the medals.

Brown, sitting in third place, made the call to go for a fifth run, giving everyone one last chance to gun for the podium. Wells saw his opportunity and came through with his biggest trick of the night, a switch triple 14, to leapfrog over Brown and into third place. 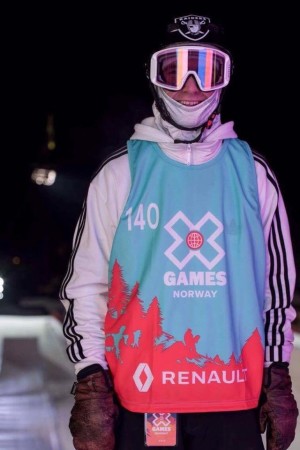