The races were held over three days (2-4 January) in the US resort of Winter Park, Colorado, which the NZ Para alpine team uses as a training base for the northern hemisphere season. Adam won gold in two Super-G races while Corey claimed a gold and a silver in the sitting Super-G and silver medals in the two Giant Slaloms.

With limited snow at the resort, the Giant Slalom has had to be run on a shortened course.

Corey skied to second place on days one and two and says that he is "happy with the way things are tracking" with two months to go until the Paralympic Winter Games in PyeongChang.

"This season is about me peaking when it really counts and I feel things are coming together nicely," said Corey.

“These races were really good training opportunities more than anything,” said Adam. “Since having so many speed races cancelled over the last few weeks in Europe it was good to finally have the opportunity to get two really solid speed runs here in Winter Park. I am now looking forward to continuing a solid training block moving forward building into the games.”

Adam and Corey have been selected to represent New Zealand at the PyeongChang 2018 Paralympic Winter Games in March along with sit skier Aaron Ewen and Para snowboarder Carl Murphy. 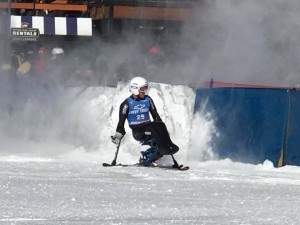