Our newly crowned champions are:

Several racers now hold national championship titles across multiple disciplines. In the U14 and u16 women’s categories Alice Robinson and Georgia Bushell have added the Super-G title to the Giant Slalom (GS) titles they won at Coronet Peak earlier in August.

Snow Sports NZ would like to extend its thanks to the MT Hutt race department for hosting the NZYS events. A big thank you, also, to Technical Delegate Nigel Brown. 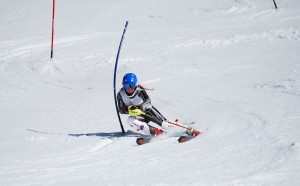