"I am over the moon about how my run went and with my result!" says Fletcher. "My goal was to get into finals and do as well as I could but I didn't think I would finish on the podium."

Zoi claimed a second win in the women's slopestyle event with Lachie Blackmore 5th, Mitchell Davern 6th and Fletcher Craig 11th in the men's event. Mitchell and Fletcher qualified first and second but Fletcher was unable to land his finals run.

Zoi, who is using these competitions as a warm up for upcoming world cups was "hyped to come away with two wins."

Her winning slopestyle run incorporated:  switch underflip switch indy , frontside 720 mute, backside 360 mute on the jumps, and on the rails: 50-50 backside 180 out, switch tail 270 out. 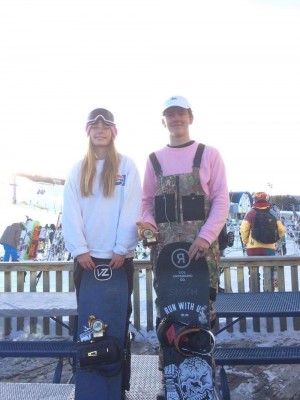