Queenstown, New Zealand (28 April 2017) - Snow sports athletes were well represented at the Central Otago Sports Awards held in Queenstown on April 28.  Jossi Wells was named Central Otago's top sportsman for 2016 and the region's supreme athlete. The awards are based on 2016 performances. The supreme athlete wins the Bruce Grant Memorial trophy.

"I'm honored to accept this award in a field full of talented athletes from this area," says Jossi.  "Central Otago is a strong sporting region and I'm very lucky to have grown up here and call Otago home. A huge thank you to my supporters and  Sport Otago for hosting these awards to celebrate our great athletes."

Jossi's stellar 2016 started with an X-Game gold medal in slopestyle freeski in January and continued when he was named Snow Sports NZ's supreme athlete of the year for the third time in September. He added a bronze at an Olympic qualifying event in South Korea and a fourth in the Dew Tour slopestyle in the USA in December.

Wanaka freeskier Finn Bilous was named top junior sportsman for winning New Zealand's first medals at a Winter Youth Olympics, a silver and a bronze. He also won a gold at the Europa Cup, two golds at the USASA Championships and a silver at the Cardrona Games.

Finn won the 2016 Snow Sports NZ breakthrough season award and was a finalist for the Emerging Talent Awards at the Halberg Awards.

"I'm really happy and grateful to be awarded this prize after such an amazing season," says Finn. "It's cool to be apart of local award ceremonies like this and to realise how much great talent comes from the Central Otago region."

Queenstown alpine skier Alice Robertson was named 2016's top junior sportswoman. Robinson's 2016 results included a top 10 finish in Italy, before going on to add the under-16 title at the USSA western regional finals, followed by a gold in the giant slalom and silver in the Super G at the US National finals.

She also claimed the under-16 Youth National Series title for the second year in a row.

Snowboard coach Sean Thompson was named coach of the year. The Snow Sports NZ coach has guided Carlos Garcia Knight and Christy Prior to top results on the international stage. 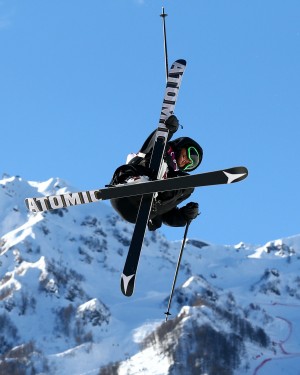