Gold and Silver for Kiwi Athletes in Korea

“This is a tremendous achievement by all our athletes. We have had some difficult weather and icy conditions over the past couple of days so they did really well. Many of our athletes have been upgraded into more advanced divisions, which has added to the challenge, but they have raced admirably,” says Brian Benn, Head of Delegation.

The team has one day left of competition with the Alpine Skiing finals and awards for the Slalom, and divisioning and finals for the Snowboarding Super G. They will return to New Zealand (victorious) on Thursday 7 February (Auckland International Airport, Cathay Pacific flight arrival: 1.10pm).

Click here for updates on the Games, race results, and images 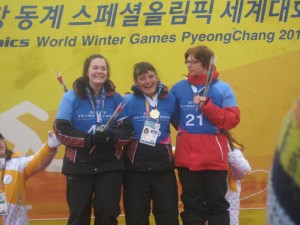