Courmayeur, Italy (22 January 2012) – At the second stop of the SWATCH FREERIDE WORLD TOUR 2013 BY THE NORTH FACE® (FWT), the international field of elite athletes threw down a spectacular show combining big mountain charging with impressive tricks on the “Tête d’Arp”, never ridden in competition before.

With the south side of Mont Blanc as the perfect backdrop, a bluebird day with fresh powder greeted the strong line up of 33 skiers and 15 snowboarders at the men’s only competition. The athletes enjoyed the great conditions and showed their top skills on the 600-metre north face of Tête d’Arp. Excitement filled the air as no one had ridden the face in competition before. Riders described the top section as steep, 45 degrees big mountain style, and the lower part giving various options for more playful riding and multiple airs. Any style of riding could take victory at this interesting venue.

Italy’s Markus Eder clinched the skiers’ win with a score of 89.67 points. As a late start number Eder chose a unique line entry, skiing down the ridge before hitting the steep face in controlled high-speed big mountain style. He then impressed the judges with an arsenal of tricks on the second half of the venue, pulling off a backflip, a huge left side 360 and even riding switch (backwards).

The running order went against the Kiwis in Italy, having to ski later in the day, which meant tracked out lines and bomb holes. Charlie Lyons placed 10th and Sam Smoothy 13th , showing that even when not getting it quite right they can still place in the top half of the field. With two results under the belt Lyons and Smoothy are within striking distance of the World Title but claiming it will mean podium spots. Smoothy took three podiums in a row last year including the Chamonix stop which he won with his trademark full throttle style. Chamonix is up next on the 2013 Freeride World Tour schedule on January 26 so we can look forward to seeing both Smoothy and Lyons stepping things up. 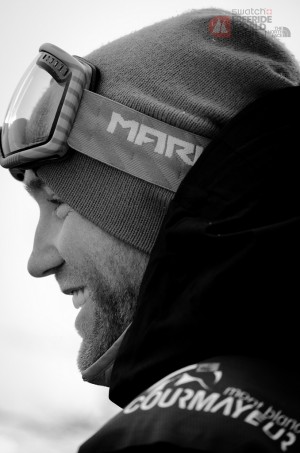