Chamonix-Mont Blance, France (24 January 2015) – The first stop of the 2015 SWATCH FREERIDE WORLD TOUR BY THE NORTH FACE® (FWT) concluded today. The competition was held at the Brévent ski area on the Chamois face just in front of Europe's highest mountain, the Mont Blanc. For the three Kiwi riders, it turned into a challenging day at the office.

Charlie Lyons was the top placed of the NZ riders amongst the men's ski field, finishing 11th. He explains how the day played out:

"We had a delay for nearly two hours when I was at the top of the face when the heli had to go and re fuel and then couldn't depart as the cloud was too thick. That was pretty tough. I made a big mistake after my 360 which pushed me skier's right when I wanted to be finishing my run more skier's left.

"Still, I was pretty happy with my run. The result was good for the confidence but I do know I'll need to keep improving as top 12 results this year are vital for making Alaska and Verbier."

Sam Smoothy struggled with a boot problem just before the start and finished in 16th. He explains:

"Right in the start gate, with 10 seconds before dropping in I broke my boot, which meant I had no support for my left leg, the leg I needed most to land and turn right to stay on my line. So I tried to ski safe and conservative as I could potentially damage my knee landing without any support from my boot. I got 16th and am pretty devastated not to have been able to properly contest the competition. Lesson learned, carry a spare!"

Janina Kuzma finished ninth in the women's ski category after taking a tumble in the middle of her run. 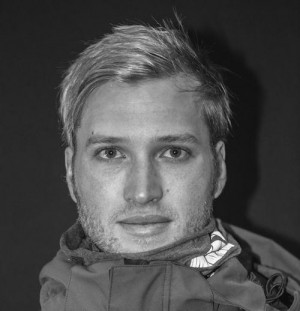