Chris Corning of the USA made the very last qualifying spot for the FIS Snowboard World Cup Slopestyle, but came out of nowhere to displace the favourites and win the finals at Cardrona Alpine Resort. This was only Corning's third FIS World Cup event.

The 15 year-old American nailed top position in the first heat, which saw the highest placed qualifiers well down the list. From then on it was everyone playing catch-up, laying down successively impressive tricks under a beautiful blue sky.

New Zealand local hope Carlos Garcia Knight was having the contest of his life, briefly leading the pack in the second heat before Canada’s Michael Ciccarelli squeezed past him with a nice and consistently controlled run where it was plain he was having fun.

Pushed down to third, Corning ramped up the ante on his last run and reclaimed the top spot from Ciccarelli scoring 87.55 with a backside Miller flip, backside 270 to boardslide, a front 180 on, switch front bluntside 270 out, a switch backside bluntside 450 mute out, a frontside 10 mute, a backside 12, backside grab, and a cab 12 tail.

But as last-placed qualifiers ride first, he had to wait for the whole of the rest of the field to run, each one keen to topple him with something special.

Garcia Knight, from Christchurch, came up with his best run of the day, lying third with only two riders to go. Canada’s Max Eberhardt's last run didn’t provide the fireworks he needed, leaving only Japanese favourite Yuki Kadono to contest the leaders.

He’d failed to fire in the first two heats, but he stunned the crowds with a spectacular last run, pulling off the highest-scoring trick of the day on the final kicker - a triple 1440 mute gaining him a 9.75 out of 10, the only triple of the day.

After a breathless wait for the judges to tot up the final scores, a clearly disappointed Kadono ended up a close second behind the young American, scoring 85.81. 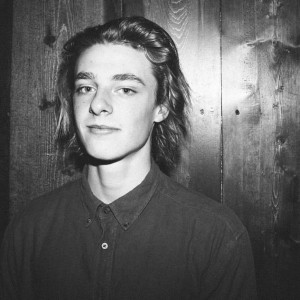