Nico Porteous, Zoi Sadowski-Synnott, Beau-James Wells and Jossi Wells have all received invitations to compete in the prestigious X Games Aspen 2021 to be held between the 29 – 31 of January.

Porteous (2019 X Games Aspen Freeski Super Pipe bronze medallist) explained that “X Games is the biggest event of the season and I am excited to be back skiing!”

“It feels really good, especially as there are only eight people invited to compete in Super Pipe this year. It will be a little tricky as it is the first competition of the year but I am excited to get back in the start gate”.

2020 X Games Norway Snowboard Slopestyle gold medallist and 2019 X Games Aspen Snowboard Big Air silver medallist Sadowski-Synnott is thankful for the opportunity to compete and the prestigious event. “I am super grateful to have the opportunity to go overseas and compete in X Games again. I am feeling very good and healthy after a successful New Zealand winter”.

Beau-James Wells, who has competed twice at X Games Aspen (in 2014 and 2020), will be vying for his first X Games medal in. “It’s always epic to be invited to the biggest event in freeskiing apart from the Olympics, it is always a pleasure”.

Although Jossi Wells has taken a step back from competitive skiing, his legacy and incredible freeskiing style means he is still a highly sought after competitor for the style based Ski Knuckle Huck. As the first alternate he will step in if any of the other eight competitors are unable to start for any reason. 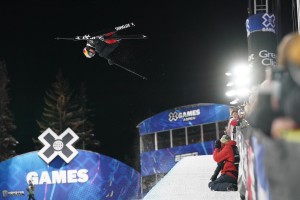