Bilous will lead an 11 strong team of athletes aged between 14 - 18 at the Opening ceremony on Saturday morning (NZ time).

“I’m really excited, it’s such a huge honour to be able to represent this great team and I think we’re going to do really well.”

He says the Youth Olympic Games provides the best possible preparation for the PyeongChang 2018 Olympics, which he has his sights set on.

“The Youth Olympics is such a great opportunity to learn and practise and push ourselves. It’s also just really special to be here. Everything we’ve experienced so far has been awesome.”

He’s also adamant his flag bearing duties won’t distract him from the task at hand.

"To get a medal for New Zealand would be awesome. I’m going to focus on my competition for the most part. I’m really grateful for this opportunity”.

SKY Sport will feature twice-daily highlights coverage of the 2016 Winter Youth Games from Lillehammer. Further details will be available closer to the event.

For the first time at the Winter YOG, live coverage will be available through the IOC’s YouTube channel www.youtube.com/Olympics, along with daily on-demand coverage of the sporting action and the festivals happening around Lillehammer, showcasing some of the biggest names in music, arts and culture.

The New Zealand Olympic Committee selects, organises and leads teams to a series of pre-elite games including the Commonwealth Youth Games, the Youth Olympic Games and the Youth Olympic Winter Games as an important step in athlete performance pathways and preparation for elite Olympic and Commonwealth Games.

The Youth Olympic Games are an elite sporting event for young people from all over the world. An event distinct from other youth sports events, as they also integrate a unique Culture and Education Programme (CEP), based around five main themes: Olympism, Social Responsibility, Skills Development, Expression and Well-being and Healthy Lifestyles. 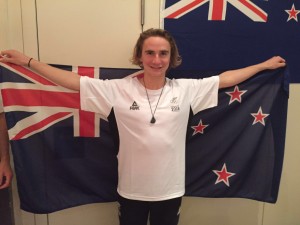