The final athletes have been announced today to the New Zealand team to the PyeongChang 2018 Olympic Winter Games bringing the team size to 21, New Zealand’s largest ever.

"It's absolutely fantastic," says Chef de Mission, Pete Wardell who is currently in PyeongChang preparing to formally register the New Zealand team for the games. "These athletes have had a high pressure season working towards this moment and with just two weeks to games time I'm delighted they have made it."

“The Olympic Games environment is extremely tough and to meet the selection standards set by the New Zealand Olympic Committee is an achievement itself. I’m very much looking forward to supporting them in PyeongChang as they wear the fern with pride.“

“The fact we are sending our biggest team ever shows the increasing depth of talent and skill in New Zealand’s winter sport high performance community.”

Britt Hawes said she’s very happy to have made the team. “I’m beyond stoked to be selected after fighting hard for this and I’m proud and honoured to have been given the opportunity to represent New Zealand,” she says.

Having only become eligible to compete in senior competition during the 2017 New Zealand winter, Alice Robinson has made a rapid rise through the world rankings, surpassing even her own goals and expectations.

“I am feeling extremely honoured and grateful for being selected in to the New Zealand team for the upcoming games,” said Alice.

“I am so happy to be given this opportunity and am super-excited to be competing at my first games so young. Starting my first year of FIS (open grade racing) this season, the idea of the Olympics seemed like a long shot, so I am so happy that my results over the past six months paid off and gave me a spot on the team. When I think back to the start of the year I wouldn’t have thought that I would be selected, it’s a dream come true.”

Alice has a busy lead in to the games with a World Cup race in Lenzerheide, Switzerland today (Saturday 27th) followed by the Junior World Championships in Davos, Switzerland from 29 January - 8 February, before she travels to Korea.

She says, “I’m feeling confident going into Junior Worlds and hope to be competitive in the tough field.”
New Zealand’s previous largest Olympic Winter Team was 18 at Torino 2006. 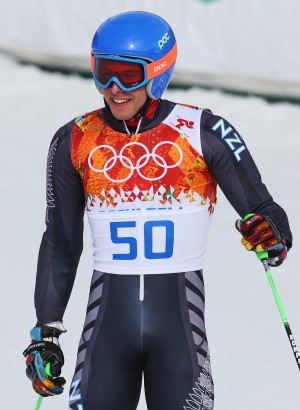