Speaking after the competition, the 18-year-old Wanaka skier explained “I just put the best run of my life down and I ended up in fifth place. I’m really, really happy.”

As athletes gear up for the 2014 Winter Olympics in Sochi, Russia, where freeski halfpipe will feature on the programme for the first time, competition is steep and the stakes are high. The Dew Tour has particular significance for US athletes as one of five qualifying events for the U.S. Olympic team and therefore attracted a world-class field of competitors. The Dew Tour does not count as an Olympic qualifier for the New Zealand team.

With three athletes left to complete their second runs in the halfpipe Beau-James appeared to have put the cat amongst the pigeons, the young Kiwi skier holding tight in third place. However, he was eventually pushed out of contention for the podium thanks to outstanding runs by US athletes David Wise and Aaron Blunck.

“This is an exciting result for Beau,” commented Snow Sports NZ High Performance Director, Ashley Light, who was in Breckenridge to watch the action. “It shows that the hard work he put in over the southern hemisphere season is paying off and Beau is really starting to fulfil his potential.”

This year’s Dew Tour has also seen New Zealand athletes competing in women’s snowboard slopestyle, women’s freeski halfpipe and women’s freeski slopestyle. While not an Olympic qualifier for the Kiwis, Ashley Light says the Dew Tour has been “an important stepping stone towards the World Cup at Copper Mountain next week.”

The World Cup event will take place in Colorado from 18 – 21 December and will be a major selection event for the New Zealand freeski and snowboard athletes hoping to represent their country at the Olympic Games.

“The Dew Tour has been a chance for our athletes to work on some specifics building towards the Copper World Cup and then Sochi. We saw some solid results, for example Christy Prior claiming 10th place in snowboard slopestyle, but under-performance in other cases. Those who did under-perform will be working hard to make sure it doesn’t occur again. Everyone has learnt from their experiences at Dew Tour, now we need to implement their learnings.”

The final team to represent New Zealand at the 2014 Winter Olympic Games will be announced in January 2014. 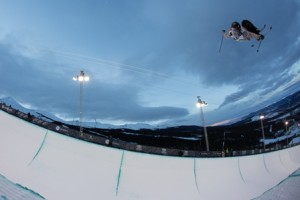