In the spectacular Adler Arena, somewhat fittingly fitted out in bright orange palate for an event that has been overwhelmingly dominated by the Dutch, Dobbin was very close to perfectly executing his race plan finishing with a time of a time of 13.16.42.

Dobbin’s reaction to the seventh place was bittersweet.

“I maintained the times I wanted to, I was a little disappointed that I faded a little towards the end. The ice conditions were a little tough today. It was a personal best for me and when you put it all in perspective, I should walk away pretty happy,” said the exhausted skater after the event, explaining he had been looking for a top five.

“If I had just made up tiny increments of time I could have done better.”

Slower than usual ice in the Adler Arena saw Dobbin drop back slightly on lap times, and racing early removed the advantage later skaters had of adjusting race tactics.

In spite of the drop in speed, Dobbin maintained his technique to the end and times indicated the entire field was feeling today’s change in ice conditions, with the majority of athletes dropping lap times towards the end.

“He was hoping to be able to pick it up a little at the 10 lap mark but just knew he had already given what he could,” said Coach Kalon Dobbin who called lap times and technique modifications to Shane from trackside. “But Moritz was already struggling already so we knew it was tough out there.

“As per his training he was able to draft, helping him pick up his lap times and he managed to hold his technique right to the end. Our training paid off.”

Dobbin had been paired with tall German skater Moritz Geisreiter who had been unable to maintain a strong lap time throughout the race eventually finishing behind Dobbin at 13.20.26.

With the Netherlands team taking a clean sweep of events in the Adler Arena, Dobbin knew the podium was an outside chance. His aim was to be among the best of the rest.

Holding the winners spot until the fourth pairing and then dropping back to third after the fifth, it was a nerve-racking wait his final place at seventh was confirmed, the best since Annelise Coberger (silver) and the men’s 4 x 5000 short track relay team (4th) at the Albertville Olympic Winter Games in 1992.

The smooth technique of the skaters belies the extreme effort the 10,000m race takes, and Dobbin said that as his vision and hearing were fading by the end of the race. The enthusiastic support the Kiwi contingent in the stands helped push him through.

“It’s refreshing, the hometown support. When your vision is gone, and your hearing starts to go, it is just those little things that really make a difference, I really appreciate it a lot.”

Favourites Jorrit Bergsma (12.44.45 OR), Sven Kramer (12.49.02), and Bob de Jong (13.07.19) from the Netherlands took gold, silver and bronze respectively, bringing the Dutch to a total of four clean sweeps in speed skating at Sochi 2014. The team also broke the Olympic Record during the event, twice.

Dobbin, a former inline skater from Palmerston North failed to qualify for this event at Vancouver 2010  and entered this Olympic Games ranked 10th.

Dobbin’s season best was 13.32.46 and his personal best, achieved at altitude was 13.04.36. making today’s result his best, delivered at sea level.

New Zealand received its only medal (silver, Alpine Skiing, Annelise Coberger) at an Olympic Winter Games in Albertville in 1992. The 4 x 5000m short track speed skating relay team finished 4th in 1992 and then 8th in Lillehammer in 1994, followed by 10th places from the New Zealand curling team and from skeleton racer Ben Sandford in 2006 and an 11th from Sandford at Vancouver 2010. 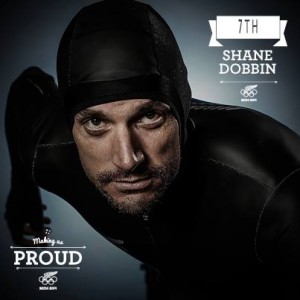