With the first races of the northern hemisphere season now behind them, New Zealand’s top alpine ski racers are reflecting on the challenges ahead.

For New Plymouth’s Finlay Neeson the season started on a high, with him achieving a career best points score at the National Junior Championships at Copper Mountain in the US at the end of November. Racing against 50 of North America’s top junior ski racers, Neeson placed fourth in the giant slalom and eighth in the slalom.

Moving on to the North America Cup in Aspen the following weekend, Neeson was hoping to build on his early success but, unfortunately, this was not to be. His first run began well but, hitting a rut on the steepest section of the course, he suffered a spectacular crash which resulted in a dislocated right shoulder.

This is the third time Neeson has suffered a shoulder dislocation but he is hopeful that gym work and a shoulder brace will be enough for him to avoid having surgery, at least until the end of the US season.

Also racing at the Aspen Nor-Am were Ben Griffin (Wellington) and Willis Feasey (Twizel). Surrounded by some of the best ski racers in the world, and on a steep, technical course, the early season racing proved challenging for the New Zealanders. Griffin posted two DNFs and Feasey posted a DNF on his first run before finishing in 33rd.

Griffin says the Aspen race has provided him “with a great benchmark to work from” and this will be helpful in assessing plans for the winter ahead.

“I'd only been on snow for six days prior to the race so am well short on mileage, especially as I'm working on adapting to the new 35m radius skis. Fair to say it's been a cram course so far but I feel like things are coming together…”

Griffin was scheduled to compete at the World Cup GS race at Beaver Creek, USA in the first weekend of December but unfortunately a stomach upset prevented him from doing so. 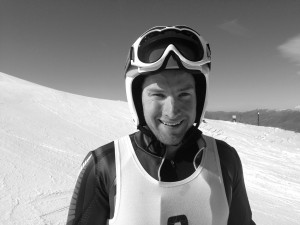