The 2016 Junior Freeride Tour champion topped the field of 31 male skiers, starting out with a huge backflip at the top of the course and riding a fast technical line through exposed terrain on the Ostwand Hochfügen face. Watch Craig’s run here.

“I’m still in disbelief about the result, it’s a dream come true to win this event, I’m kind of in shock,” Craig says.

“I tried to ski something fun and concentrate on landing a run I was pumped on. It’s a really cool venue and I was super stoked to get to ski it. There wasn’t much snow but people were still finding some crazy lines. The event was very well organised and professional so a huge thanks to all the crew.” 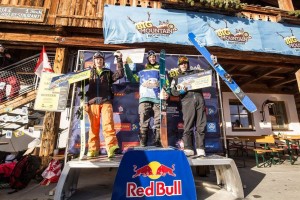