CARDRONA, New Zealand (August 24, 2013) – Cardrona’s Olympic halfpipe was packed with hundreds of spectators this morning as Kelly Clark from the USA and Japan’s Ayumu Hirano opened their FIS World Cup seasons with huge wins at the Audi quattro Winter Games NZ 2013. This was Clark’s 61st career win but Hirano’s first appearance at an FIS World Cup event, at the age of just 14.

Kelly Clark, the most successful snowboarder of all time – male or female – and 2002 Winter Olympic gold medallist, ended the women’s series of first runs eleventh out of twelve after failing to land one huge trick. But like a true champion she took the title dropping in last with her second run. Her score of 89.50 edged out China’s Cai Xuetong who took silver with 85.50 after winning her earlier semi-final, while American Gretchen Bleiler hung in there for bronze with the highest first run score of 85.25.

New Zealand’s Bex Sinclair performed well in the earlier semi-finals, finishing sixth from ten and earning valuable qualification points for next February’s Olympic Winter Games in Sochi, Russia, even though she just missed out on a place in the final.

“You think of it as an opportunity. It’s easy to have things not go right and all of a sudden change your plans. For me it’s more important to be internally motivated, to stick to the plan regardless of what goes on around me. Today I thought, well hey, this is exactly what can happen at the Olympics – it is what happened to me at the Olympics last time! I just thought I could be conservative today and go for a podium finish, or I could rally and think of it as an opportunity and that’s exactly what I was able to do,” she said.

Ayumu Hirano used his awesome speed to land some of the biggest jumps ever seen in Cardrona’s halfpipe. His first run score of 92.25 was only threatened by teammate Taku Hiraoka’s second run which included the first 1260 in this year’s comp but was still only good enough for silver, scoring 91.75. Swiss rider Christian Haller was delighted to spoil a Japanese whitewash, edging out Ayumu Nedefuji for bronze with his second run of 82.50.

Looking slightly stunned by his maiden World Cup victory he said: “I was aiming to be on the podium in this competition so I’m really happy about being in first place. This is my first World Cup and I still need to compete well this season to qualify for the Japanese team.”

Head judge, Ola Sundekvist signed off the snowboard events at this year’s Audi quattro Winter Games NZ: “I’m so happy that we got through the finals and we have a result. We got some really good riding in the finals and I’m so happy with the results. The pipe is excellent, it was a little windy and we could see that some people had issues with the wind but overall it was a really good competition.”

The Audi quattro Winter Games NZ 2013 sports programme concludes tomorrow (Sunday) with the FIS Freestyle Skiing World Cup Slopestyle at Cardrona. The Downtown Sessions festival concludes in Queenstown with the Adventure Film Festival presented by Auckland Airport’s ‘Best of the Fest’ special showing at the Lotto Village Queenstown and the final race of the Winter Games NZ cyclocross series at Wynyard Freestyle Mountain Bike Park, Fernhill. Over in Wanaka, the official closing ceremony begins at 2pm at the Lotto Village on Ardmore Street and is followed by the JUCY Meltdown Concert at the Lake Wanaka Centre when NZ band, Tahuna Breaks bring the Games to a stomping close. Tickets available from the Lotto Villages in both towns. 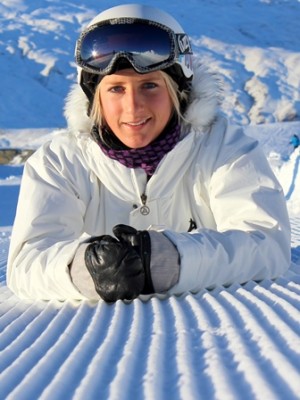